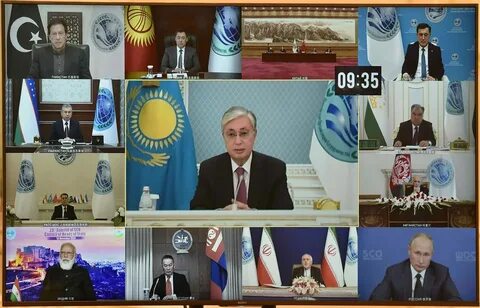 The autumn session of the forum was held at the Tauride Palace in St. Petersburg. Representatives of the parliaments of the CIS and EAEU member states, the IPA of the CIS member states, the Eurasian Economic Commission, the CIS Executive Committee, as well as rectors of the leading universities of the Eurasian Association of Universities and other experts discussed issues of cooperation between Russia, Kyrgyzstan, Armenia, Belarus and Kazakhstan in the economic, industrial , social and technological levels in the context of the coronavirus pandemic. UNECON (The Saint Petersburg University of Economics) is one of the organizers of the forum, the leading of the forum was the rector of UNECON Igor A. Maksimtsev.

Foreign delegates from the People’s Republic of China also spoke at the session. The day of the forum, November 10, coincided with the meeting of the SCO Heads of State Council. It was chaired by the President of Russia Vladimir Putin online.

Foreign participants also noted the role of Russia in the SCO and BRICS and called it one of the main geopolitical partners for the countries of these associations.

According to a professor at the East China Normal University, deputy director of the Institute of International Relations of Bei Wenli University, Russia can play an important role in creating conditions for achieving and ensuring success in the “conjugation” of various strategic plans and initiatives: strengthening political and strategic mutual trust and effective use SCO and other multilateral mechanisms.

“Russia could play a significant role in strengthening the coordination of macroeconomic policy, efforts based on the principles of Joint Consultation, Joint Construction and Sharing,” said Bei Wenli.