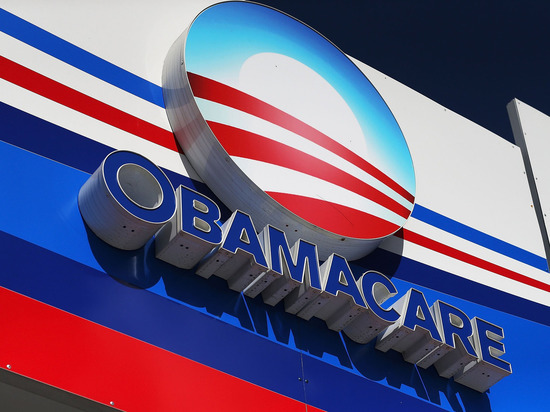 Transmission of infection, record high unemployment, indefinitely long-term costs associated with chronic ailments that COVID-19 coronavirus can pull with it, some insurance companies participating in Obamacare are cutting their services, others, say Florida and California, if increasing them, it is insignificant.

What is the future of the program
A similar trend, oddly enough, has been observed throughout the Trump presidency. Under Obama, his brainchild has shown incredible gluttony, the premiums paid by policyholders have grown steadily. And grew up rough.

This time, the growth in premiums demanded by insurers is on average 2.1%, but if we take the increase in premiums, the actually approved normative regulation, it does not exceed 0.5%. In Maine and Maryland, weighted average premiums will fall by more than 10%. This is a consequence of subsidies that local insurers carry out from state authorities to pay for particularly expensive medical procedures.

The additional costs of insurers to pay for tests for COVID-19 and its treatment more than offset the decrease in spending on routine procedures delayed by the emerging risk of infection in medical institutions.

It is clear that the insurance payments paid by the insurers, then the subsidies are reduced, the state through the insurance payments of the company is used for their right to use. Subsidies depend on the income of the beneficiary and the difference in cost between the basic and specifically selected insurance policy. The cost of the basic policy is not the same, it shows from state to state.

Today, over 10 million Americans have signed up for the federal and state Obamacare, which is markedly less than at its peak in the last year of Obama’s administration. The federal scheme, operating in 36 states, accepts applications for 2021 from new customers as early as November 1, the subscription will run until December 15. The 14 states and the District of Columbia that have launched their own version of Obamacare will have a signed window open a little longer.

New Jersey and Pennsylvania will no longer participate in the federal version of Obamacare in 2021 and are introducing their own versions of the program.

If you already subscribe to Obamacare, not updating your financial situation could very well have changed in light of the upheaval caused by the epidemic. You can update the information online or by telephone with a representative of the federal or state pool (Marketplace). It also makes sense to re-look at the ratio of premiums and deductibles (franchises) in your policy, which is inversely related to each other, and understand whether this alignment suits you.

What does Obamacare face on the legal front? On November 10, the Supreme Court began hearing a case brought against the Obama program by the Republican Governor of Texas with the support of the incumbent administration (and 20 other states). Texas has successfully searched for two initial instances. With conservative Amy Coney Barrett joining the Armed Forces to replace the deceased progressive Ruth Bader Ginsburg, the odds of eliminating Obamacare as a class are not slim. But not overwhelming either. The reason for this is the rampant epidemic in the country. Changing horses on the crossing is unwise, critics say.

The Texas lawsuit is based on the fact that Congress, annulled the Obamacare clause, which obliged all Americans to acquire medical insurance on pain of a monetary fine (individual mandate), made the program’s continued existence impossible. Therefore, she must die. However, the court may decide that Obamacare can continue to live without an individual mandate, because she lives without it now. In addition, the Congress did not formally annul the individual mandate, it only set the definition of the fine at 0.00.

The Texas authorities assure that if Obamacare is canceled, the current users of the program will not be left out of the trough, that there are alternative insurance resources available, affordable for ordinary citizens and protecting people with chronic diseases (pre-existing conditions). In the absence of a crisis, these arguments would probably have triumphed; its presence makes the issue debatable. Republicans, by and large, are hoping that with the help of the court they have damaged Obamacare and thereby spur Congress to pass comprehensive new legislation to reform America’s health insurance system.